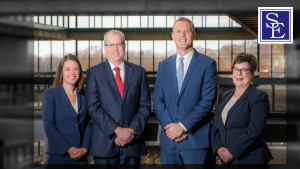 A group of female cocktail waitresses – referred to as the “Borgata Babes” – have finally received a win in their suit against the Borgata Hotel and Casino which has now been in the courts for more than a decade. The Atlantic County Superior Court, Appellate Division issued a ruling on May 20, 2019 finding that the Plaintiffs’ claims of gender-based discrimination, based on Borgata’s enforcement of personal appearance standards, should be allowed to proceed to trial.  In so ruling, the Appellate Division overturned the trial court and found that, while the standards themselves (including weight, appearance, and sexual appeal) do not violate anti-discrimination laws, Borgata’s enforcement of those standards could constitute gender based harassment under the New Jersey Law Against Discrimination.

Accordingly, the Appellate Division remanded the case back to the trial court to conduct further proceedings consistent with their decision. Unfortunately, this will only potentially benefit the five remaining Plaintiffs, out of the original twenty-one “Borgata Babes” who began the suit in 2008. At that time, the Plaintiffs’ alleged that they were humiliated and harassed by Borgata’s management in efforts to have Plaintiffs comply with and meet Borgata’s personal appearance standards.

The standards imposed on the “Borgata Babes” do not automatically violate anti-discrimination employment laws because of the niche role that these employees fill for the hotel-casino. The physical appearance standards are permissible because “Borgata Babes” are not merely servers or waitresses, they are also expected to work as models and hosts to entertain Borgata’s guests and give those guests a Las Vegas experience in their Atlantic City location.  Thus, “Borgata Babes” are displayed as physically fit and are attired in costumes meant to emphasize their physical attractiveness. Maintaining this image is mandatory for a “Borgata Bab” to keep their job.

END_OF_DOCUMENT_TOKEN_TO_BE_REPLACED

New Jersey lawmakers have introduced a bill that will prohibit an employer from requiring that victims of discrimination, retaliation and harassment to keep their claims confidential as part of a settlement. Employers routinely require that non-disclosure provisions are included as a material term of any settlement agreement in cases of sexual harassment and other employment discrimination.  Bill No. 121, if passed, will render any confidentiality provision contained in a settlement agreement as unenforceable.

Bill No. 121 takes it much further by making any confidentiality provision in any settlement agreement that attempts to conceal discrimination, retaliation, or sexual harassment, null and void.  Under the bill, an employer must include a prominent notice that the clause is unenforceable if they choose to add it to any settlement agreement.  The bill also prohibits an employer from taking any retaliatory action against an employee who refuses to sign an employment agreement that contains any illegal non-disclosure clause.

END_OF_DOCUMENT_TOKEN_TO_BE_REPLACED

An arbitration award supporting the termination of a Woodbridge teacher for repeated shoplifting has been affirmed by the New Jersey Superior Court and Appellate Division. In this case, Michele Schwab v. Woodbridge Township School District Board of Education, the terminated teacher argued that her shoplifting incidents were caused by a mental health disability and that she should not have been terminated for cause.  In rejecting this argument on appeal, the courts have issue another reminder of how difficult it is to overturn the decision of a private arbitrator.

During her sixteen years as an educator, Michele Schwab received awards such as “Educator of the Year” and was frequently described as a highly effective teacher. However, in February of 2015, Ms. Schwab engaged in criminal behavior by shoplifting from a store in the Woodbridge Center Mall. Ms. Schwab’s arrest and the charges against her were later dismissed. More than a year later, she again was charged with shoplifting and pled guilty to the charges brought against her after a video of the act surfaced on social media.  The video of her shoplifting that was seen by several of her fourth-grade students. Ms. Schward did not report her arrest to her employer, which the Board of Education claimed is a violation of a district policy.

When the school learned of the charges, Ms. Schwab was placed on suspension pending an investigation. Ms. Schwab’s employer additionally filed tenure charges against her, citing two counts of theft, failure to report her arrest, violation of district policies, and a pattern of unbecoming conduct. The charges were transmitted to an arbitrator for a hearing. After an investigation, the arbitrator decided that the Board of Education had established just cause to discipline Ms. Schwab, and that termination was an appropriate response to her charges.