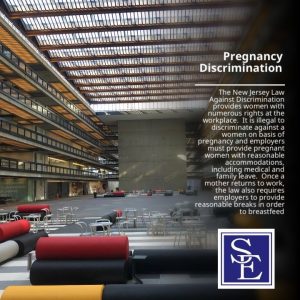 END_OF_DOCUMENT_TOKEN_TO_BE_REPLACED

An Essex County New Jersey Superior Court judge has issued an opinion that held that a Professional Employer Organization (also known as PEO) can be considered a co-employer for the purposes of the state’s Law Against Discrimination.  In the case, Stephanie Perez sued not only her W-2 employer, the Dermatology Group, P.C., but also their designated PEOs, ADP TotalSource II, Inc. and ADP, LLC t/a ADP Major, for claims of pregnancy discrimination, failure to reasonably accommodate and unlawful retaliation. This is an important development in how New Jersey courts are treating the relationship between employees, their primary employers, and PEOs.

PEOs are organizations that provide support services, including human resources services, to companies. Typically, PEOs provide such services to small and medium sized companies that do not have internal staff committed to providing such services. Over the past 40 years, PEOs have become a substantial segment of the national employment landscape. According to statistics reported by the National Association of Professional Employer Organizations (“NAPEO”), there are now over 907 PEOs operating in the United States providing services to 175,000 small and medium-sized businesses, which in turn employ approximately 3,700,000 employees nationwide.

Often, PEOs are designated as the W-2 employer or act in a capacity of being a co-employer with an employee’s primary employer. As NAPEO acknowledges, PEOs typically work alongside the primary employer and “both parties might share responsibility for [certain] obligations and be ‘an’ employer” in the context of the performance of those obligations.  Because many PEO’s provide advice and counsel on employment law related policies as part of their services, issues arise when that advice or counsel is wrong and plays a determinative factor in causing an unlawful termination.

END_OF_DOCUMENT_TOKEN_TO_BE_REPLACED

An important bipartisan bill addressing pregnancy discrimination in the workplace was introduced to the United States House of Representatives on May 14, 2019, signaling a potential shift in Congressional attitudes on this issue. While this was not the first-time legislation of this type was introduced in the House of Representatives, there is reason for optimism that changing views on workplace discrimination could lead to a different result this time. Notably, the bill has attracted bipartisan support. The bill lays the groundwork for a new law that would provide further workplace protections to women who become pregnant, give birth, or suffer from related medical conditions.

The Pregnant Workers Fairness Act (PWFA),H.R. 2694, was first introduced in the United States House of Representatives in 2012 and has been re-introduced in Congress in each subsequent session. A parallel bill (S. 1101) was also introduced in the Senate, by Senator Bob Casey, in 2017. The Pregnancy Workers Fairness Act aims to eradicate discriminatory behavior toward pregnant women by ensuring that workplace accommodations are provided to employees whose ability to perform job functions is limited by pregnancy, childbirth, or a related medical condition. The Pregnancy Workers Fairness Act is sponsored by Representative Jerry Nadler who, after introducing the Bill this year, stated, “No woman should have to choose between a healthy pregnancy and a paycheck, especially when often a simple fix – a bottle of water during a shift, an extra bathroom break, a chair – will allow women to stay on the job and support their families throughout their pregnancy.”