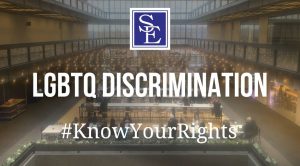 In a press release, Governor Murphy said, “As our LGBTQ community faces threats from the Trump administration, New Jersey has always been and will continue to be on the front lines to protect the rights of our LGBTQ community.  This report is a testament to our State’s unwavering commitment and belief that every resident deserves equal protection, regardless of gender identity.”

New Jersey has long been considered one of the most progressive states in addressing LGBTQ discrimination in places of public accommodation and employment.  The New Jersey Law Against Discrimination specifically protects individuals from being discriminated against because of their sex, sexual orientation and/or other protected traits.  In furtherance of its strong anti-discrimination laws, the task force has provided extensive recommendations to the Governor and the Legislative on how to better ensure equality and improve the lives of transgender people.

Our New Jersey LGBTQ lawyers will continue to monitor any changes in the law that impact the rights of LGBTQ workers in New Jersey.