TRENTON (February 18, 2020)–Sexual assault survivor Katie Brennan laid out a list of policy reform recommendations to improve the criminal justice process for victims of harassment, sexual assault and sexual misconduct in New Jersey in a letter to Sen. Loretta Weinberg and members of the Workgroup on Harassment, Assault and Misogyny in New Jersey Politics sent last week. Brennan, who has advocated for sweeping policy change since coming forward in October 2018 about her own sexual assault by senior Phil Murphy campaign and administration staffer Al Alvarez, also said she would like to present to the Workgroup about her proposals at its next hearing in March.

Brennan’s recommendations, sent via her attorney, Katy McClure of Smith, Eibeler, LLC, focus on prosecutorial reform; law enforcement reform; judicial and court reform; reform for political campaigns in how they respond to sexual assault, sexual harassment, discrimination and retaliation; and reforms to state policy around workplace harassment and discrimination.

“Since the day I came forward about my own experience, I’ve said that justice in my own case would only be a partial step–and that what we truly need is an overhaul of the systems that have failed me and so many other victims,” said Brennan. “These proposals I look forward to presenting to the Workgroup are reforms, based upon my own experience, that I believe will help ensure that no one ever has to go through the pain, trauma and lack of justice that I have endured.”

The full letter to Sen. Weinberg and the Workgroup, which details Brennan’s policy recommendations, is as follows: 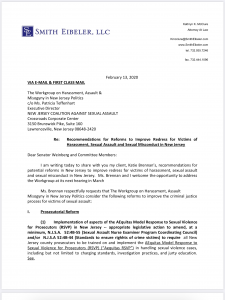 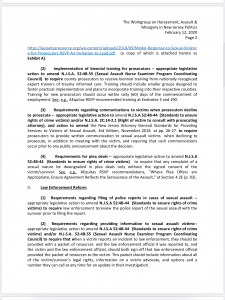 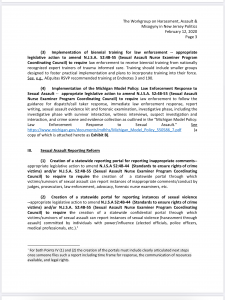 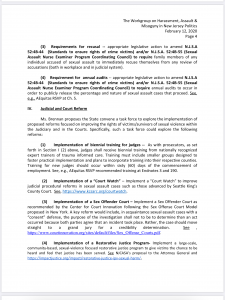 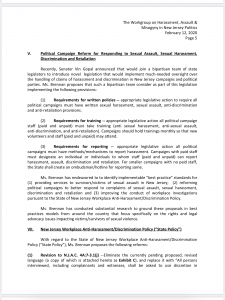 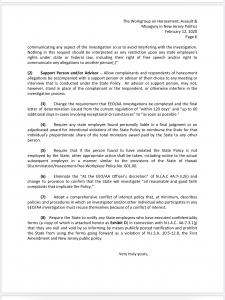 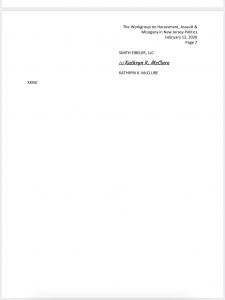